Stratton Mountain School was established in 1972.

For nearly five decades, SMS has provided an integrated academic and athletic program that supports physical, mental, and emotional growth in our student-athletes.

In 1972, Warren Hellman and Donald Tarinelli sought their children to train and compete in high-level alpine skiing without interrupting their high school education. They recruited elite coaches and excellent teachers to join the new program, and parents provided the housing.
As the idea caught on, SMS purchased the Hotel Tyrol, an old ski lodge at the bottom of Stratton Mountain. The lodge served as SMS's home for over 20 years. During that time, the school continued to grow in its reputation and the number of students who attended. In 1999, the school moved to its present location, a new campus on ten beautiful acres just off the base of Stratton Mountain. SMS constructed new faculty housing, additional dorm space, and a state-of-the-art athletic facility in 2005 and built the Patti Kaltsas Education, Arts & Student Center, and the Simpson Center for Action Sports (formerly known as the Air Awareness Center) in 2014.
Today, SMS compares to New England’s most excellent independent schools as it provides learning, living, and training opportunities second to none. From the beginning, SMS graduates have attended the country’s finest colleges. Many join NCAA teams such as Dartmouth, Middlebury, Williams, Colby, Boston College, Bates, Bowdoin, UVM, and Colorado. More than 100 of our alumni have been named to National Teams, and more than 46 have participated in Olympics Games. Our Olympians include three gold medalists, one silver medalist, two bronze medalists, and several top-10 placements. Due to the energy, dedication, and talent of that pioneering group in 1972, SMS is now a fully accredited institution of 125-154 student-athletes in alpine, nordic, freeski, freestyle, and snowboard programs.

Welcome from the Head of School

Stratton Mountain School is a winter sports academy based at Stratton Mountain in the heart of Southern Vermont’s Green Mountains. Our community of students, teachers, coaches, and administrators share the pursuit of excellence in education and sport. 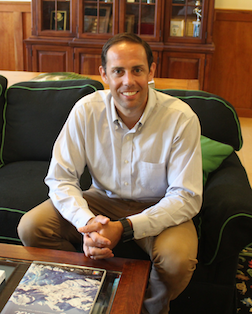 As the first ski academy accredited by the New England Association of Schools and Colleges, SMS has a strong tradition of college-preparatory academics combined with the most comprehensive and innovative training programs available to alpine, freeski, freestyle, nordic and snowboard athletes.
The school calendar and daily schedules are designed to maximize training time and accommodate competition schedules without sacrificing a well-balanced academic program. Competitive teams include cross country, lacrosse, mountain biking, and soccer, in addition to the ski and snowboard programs at SMS. Residential life is enhanced by weekend activities, community service opportunities, and field trips. Since the school’s inception, nearly every SMS graduate has continued to a four-year college or deferred to pursue a career in ski racing or snowboarding. Many students have pursued an education at colleges such as Dartmouth, Brown, Harvard, Cornell, Middlebury, Williams, and the University of Vermont. Also, Stratton Mountain School’s history includes 75 Olympic team placements and 46 Olympians, and more than 100 National Team members.
Sincerely,
Carson Thurber '02
Stratton Mountain School Head of School

1/14
Since 1972, Stratton Mountain School has helped more than 100 alumni make national teams, and 46 go on to compete in the Olympics. SMS alumni have won a combined total of six Olympic medals and have captured 75 Olympic Team placements.